Take out the trash

West Wing (one of my all-time favorites), Season 1, Episode 13 - "Take out the Trash Day." The staff is dealing with all the issues they want to mention in the last briefing on Friday night. Those items are always included in the weekend news-cycle - which is mostly ignored. Naturally, that's where you want to bury the news you're hoping no one will notice.

I've been thinking about about a lot of issues - some are fleeting thoughts, others are whole posts I've written but not hit "publish." Mostly, they are things that I want to say, but am (at least partially) hoping no one will notice.

But, there's no reason I can't have my own little take out the trash day (even if it is a Tuesday) where I 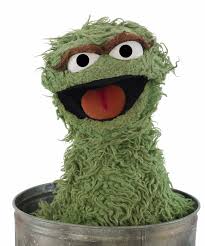 mention those things I kinda want to share - but maybe not really.

- The term "boss babe" is thrown around way too often. Yes, women can be their own boss. Most "boss babe" references are to women involved in direct marketing. Nothing wrong with a little flexibility and freedom to earn. Some women build wildly successful businesses. But if you're among the majority, earning a reasonable amount that allows you to stay home and keep kids out of day care - it by no means affords you the "financial independence" boss babes like to mention. For the record - if you can't afford your house or your health insurance on your own earnings - you are not financially independent.

- The term "mom boss" is annoying too. Why are moms the only women that might want a little extra cash, or flexibility, or discounts, or whatever?

- Those signs that say, "Your husband called - he said buy whatever you want," need to go. I know plenty of married women and not one of them asks permission before spending. Besides - are wives the only women you want buying what you're selling? Non-wives have money too.

- True - most people consider themselves open-minded. Also true - most people are not nearly as open-minded as they think. If you disagree with this post and I respond by condescending - I am not "open-minded." If I then un-friend or block you, I'm actually pretty close-minded. If I then go ahead and post separately about how I dislike people who can't handle disagreement - well, now I'm a hypocrite, too.

- Why do parents take to social media (or whatever outlet they may use) to complain about their kids? How ungrateful, or lazy, or irresponsible the kids behave. They're your kids - if they act that way, it's probably something they learned from you. The good news is, you still have time to teach them better.