In church this weekend, Pastor discussed celebrating and enjoying life. He talked about how much time we spend in pursuit of material things, or trying to please others.

He mentioned reading once that the people you meet in life can be broken down into four categories:

Those are the people you need in your life, and you should not be concerned with pleasing anyone else.

I am so grateful for my 25%. I am blessed to have people who accept me, faults and all. People I know I can count on, without even having to ask.

Knowing who your 25% are not only makes life a little happier - it makes dealing with the other 75% much easier.

Grateful for my bed

So... I have a new full time job. I started on April 1. It was a tough decision because as unhappy as I was with some parts of my old job (which I had for almost 14 years), I had a lot of great perks. I gave those up in favor of an opportunity to start over. I never thought I'd be starting over at nearly-40 - but it seemed like the right decision.

But starting over means some training...which means some travel. As I type, I'm sitting in a hotel room, while it snows outside in Syracuse, NY. Blech.

This is the fifth night in the last two weeks I've spent away from home. I miss my bed, and being able to get my errands done, and I really, really miss my cat.

I'm grateful for this new opportunity. I'm really grateful that it's with a great company, and that my new coworkers all seem very cool. I'm grateful that I finally had the courage to give up those perks and try something new, that will be better for my future.

But - I'll be super grateful when I can sleep in my own bed. 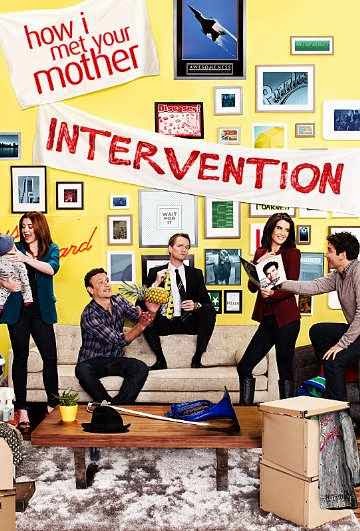 I never watched How I Met Your Mother when it was on the air. I resisted when people told me it was totally my thing. Then, a few weeks back I fell in a Netflix hole, and binge-watched several seasons in a weekend - and now I'm hooked.

If only someone had told me how similar HIMYM is to Friends, I'd have been on board years ago!

I know millennials don't like the comparison. I understand - no one likes to hear a show that defines their twenties is similar to another show....that defined another generation's twenties. There's no way people that old could have ever been twenty and cool. Right?

But I can show some parallels. Don't believe me? Watch. It'll be legen...wait for it!...dary!

Since I am still watching older seasons, I did not watch Monday's series finale - but I did read the spoilers. One bit is mentioned below, so -

First we meet Ted Ross - uber-smart professor, often sharing facts he loves, but others consider boring and useless, who is constantly correcting others. Ross Ted is a hopeless romantic who dates, but never commits because his heart belongs to Rachel Robin, the beautiful new-comer who enters their lives in the pilot episode from a foreign land - Long Island Canada - and grabs his heart. The two would go back and forth between dating one another, even living together as roommates at one point, before eventually finding their way back to each other in the final episode.

At one point, Rachel Robin even dates one of Ross Ted's best friends, Joey Barney, the womanizing player who seems like he'll never settle down. That is until the day he realizes he's in love with Rachel Robin.

Then there's Chandler Marshall - the guy who wants to go along with his friends' schemes, even though he can't lie and eventually backs out. Mostly, he makes sarcastic comments. He's in love, and eventually marries and starts a family, with "group mom" Monica Lily, the responsible, dependable one who keeps the group together with her cooking and her schemes.

• Five friends instead of six
• They meet at a bar instead of a coffee shop
• The first group couple starts the series off that way, rather than connecting mid-series
• There is never any mention of rent control regarding Ted and Marshall's apartment, leaving it unclear how a struggling architect and an unemployed law student could afford a Manhattan apartment with that many rooms.

Most TV - especially sitcom TV - follows a formula. Why?