I was born in 1974...which means later this year, I celebrate the 11th anniversary of my 29th birthday.

I have never been OK with getting older. Well - not since I turned 18, anyway. I wanted to vote, so that birthday was pretty cool. I don't drink, and never have, so turning 21 wasn't especially exciting, except that maybe it made me eligible for more giveaways. Pretty much since 1995, I've been OK not discussing the number of candles on my cake.

My issue hasn't been related to health or signs of aging. My issue has always been that my life is never where I expected it would be when I reached a certain age. So, confronting the age meant confronting my (perceived) failures.

Turning 35 was the worst. It was the first birthday I celebrated after my marriage ended. I was single, struggling, in a job I didn't really enjoy, and just plain unhappy. Eventually, I came to embrace those "failures" and even used them as a jumping off point for this blog. I learned that while it may not be the life I ordered, it's the one I'm meant to have.

I've been dreading turning 40 for as long as I can remember. It just sounds so....final. The thing is, I have learned from my friends who crossed that threshold before me that 40 isn't nearly the end of anything. In fact, for many, it's actually the beginning...of a happy, fulfilling, joyful life.

I have been quite stressed out lately, at the prospect of selling my home. Not because I don't want to sell 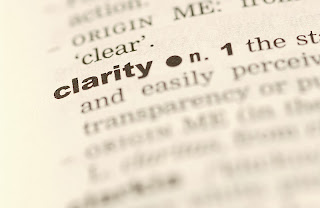 (because I do), but at the prospect of dealing with all of that change. I've lived in this home for 10+ years. Selling means giving up a part of who I am. It also means starting over, which is not something I ever thought I'd be doing at 40.

Add to this a little stress about my job potentially moving. Not far - but far enough to make me (momentarily) reconsider where I'd look for my new home. It was causing a lot of worry and grief and a few, "It's just not fair!" moments.

Why am I the one who has to change? Why does it have to be difficult for me?

Then, out of nowhere, I had a true moment of clarity. It occurred to me that I have been unhappy about a few things in my life for a little too long. Apparently, this is the year those things are going to change. Sometimes life does that - shakes things up just enough to trigger a much-needed change.

That's scary. But in that moment when I decided to just accept that things are going to change, I also realized - it's exciting as hell.

But I suspect it will all be absolutely worth it.
Posted by Sue Rock at 1:08 PM